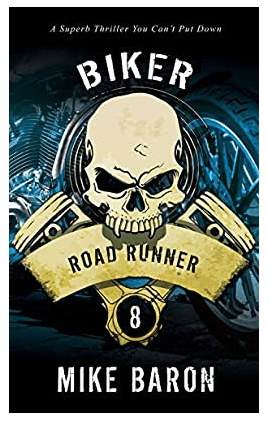 THE ACTION MOVES ALONG WITH THE SPEED OF A RUNAWAY TRAIN IN BOOK EIGHT OF THE BIKER SERIES. 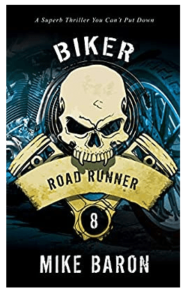 When Detective Heinz Calloway’s seventeen-year-old daughter runs off with spiritual leader Scipio, Josh has no choice but to go after her.

Josh talks to terrified God’s Breath Survivors who fear reprisals. God’s Breath is ruthless in persecuting apostates. Josh gains a new techie, rapper and hacker Ninja Preston, who comes with his own problems. He’s on the run from St. Louis gangster John Torreo, for outing Torreo’s son as a woman abuser and drug dealer.

Leaving Ninja at his home to take care of Fig, Josh and Calloway travel to Colorado and hook up with Randall Kleiser, the “Black Widower,” who has helped Josh in the past. The heavily fortified God’s Breath compound lies just below the Continental Divide. Attempting to reach the camp from the back side, Josh falls and is captured by Gladiator, Scipio’s enforcer, and forced to fight for his life…

Only $2.99 on Kindle starting February 24, 2021. Grab your copy here and check out the complete book series here!