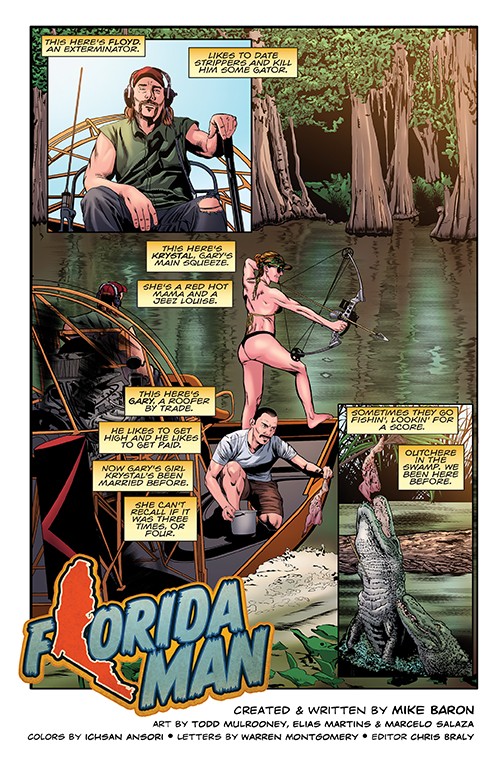 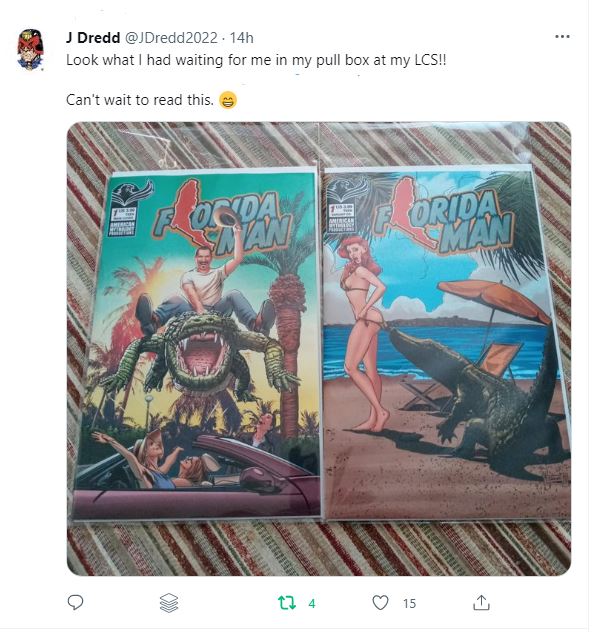 Writer Mike Baron has had a long and successful career in both comic books as well as his numerous best-selling prose novels, but he first became a household name writing adventures for characters like The Flash for DC Comics and The Punisher for Marvel. Now he’s adapted his successful Florida Man novels into a series of comic books and this week enthusiastic “funny book” fans across the globe can pick up issue number from American Mythology Productions at their local comic shops everywhere.

“I think comic book readers are hungry for more than just superheroes these days,” Baron says. “They want drama, mystery, horror, and yes, comedy, especially in these trying times. It’s healthy and fun to make people laugh and that’s exactly what this book is all about!” 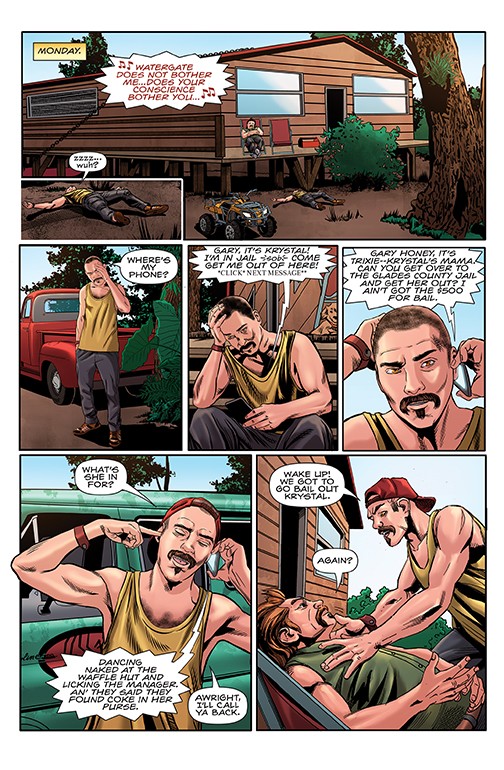 Baron has successfully created his own independent comic properties in the past with titles such as Nexus and Badger, which often times sold as well as the X-Men and Spider-Man books, but more recently he’s been writing prose novels which is where the Florida Man character “Gary Duba” was first published. Now the Eisner winning writer is making his triumphant return to comic shops with what many critics have described as a “Rube Goldberg Machine” style of humor comic. 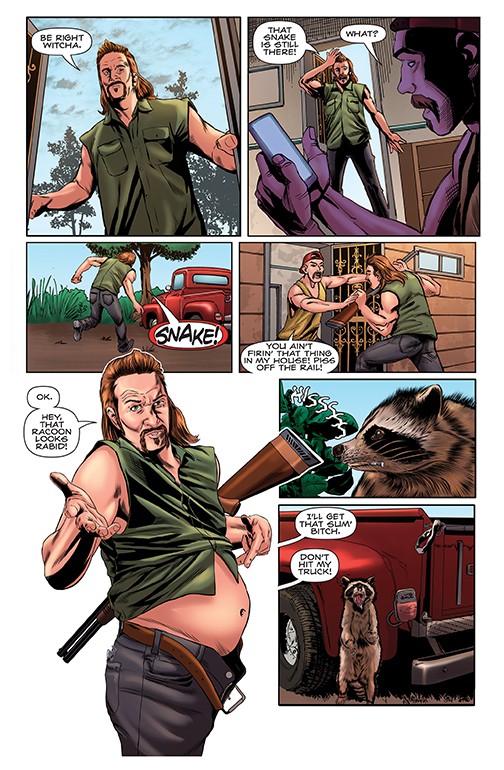 “This comic is going to blow peoples’ minds,” says Baron said. “It’s probably the funniest thing I’ve ever written and the story practically writes itself. Following the infamous ‘Florida Man’ meme, there’s an unlimited amount of untapped, bizarre adventures I get to tell with this character and his friends!”

“It just builds and twists and the payoff is immense,” adds editor Chris Braly. “Mike is such a talented guy, and his ability to write comics in a well-paced, very clever style has been sorely missed in today’s modern comics. I think grown-ups who still like to read funny books are really going to be thrilled with this one!” 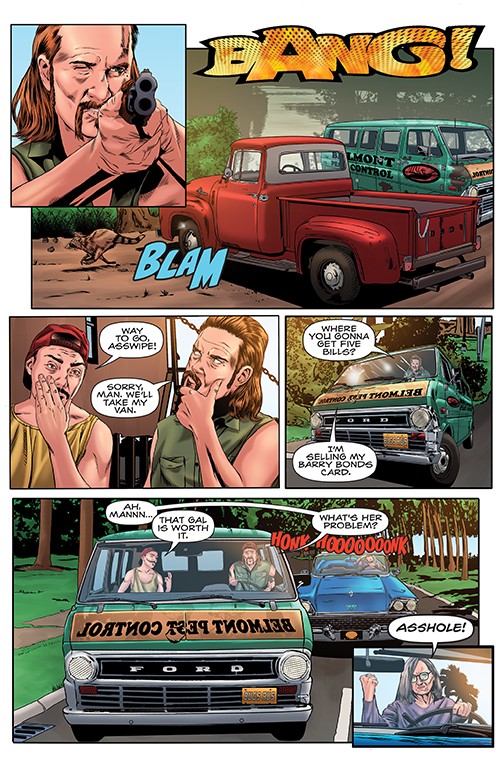 Morgan Quaid of Super Serious Comics says “grab yourself a six pack, your twelve-gauge, and a head full of crazy! Florida Man is a wild, redneck fever dream fueled by a cache of increasingly funny and absurd circumstances!”

Print copies of FLORIDA MAN #1 are now available for sale at local comic book shops. Use comicshoplocator.com to find your nearest comics store.

If your shop is sold out, re-order first print copies are still available at Diamond Comic Distributors:

Find the special Florida Retailers Variant in your local comic shop! Ask your comic shop to reserve Florida Man #2 for you from Diamond Comic Distributors available now and will be on Final Order Cutoff (FOC) on Monday 8/1/22 with a special FOC variant cover. Make sure you have enough copies for all those Florida Man fans!